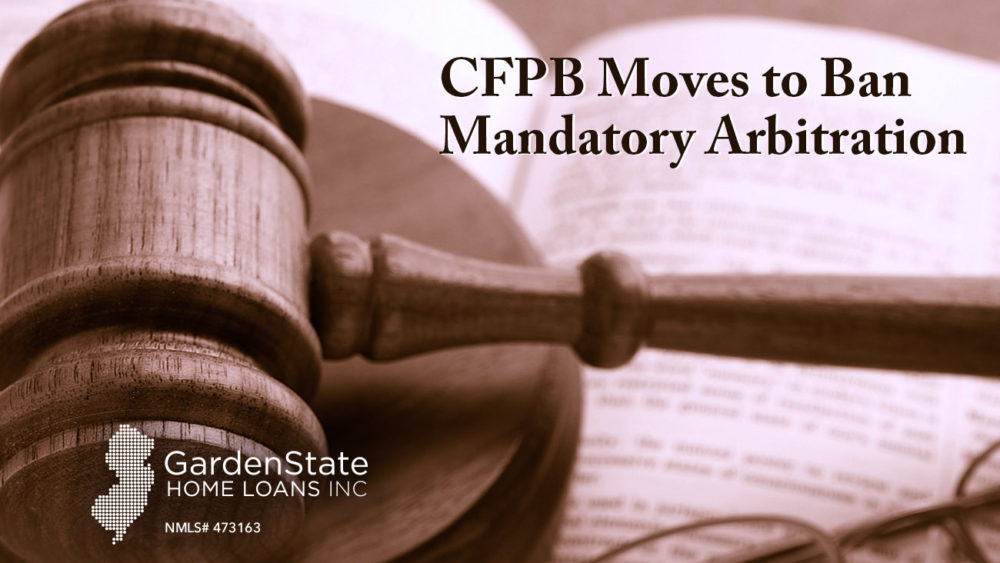 In what might be a short-lived decision, the Consumer Financial Protection Bureau (CFPB) has moved to bar many financial firms from including mandatory arbitration clauses in their contracts with customers. The CFPB is one of several federal agencies founded through Dodd-Frank’s passage in 2010, and it is tasked with enforcing federal financial laws and regulations.  So what does this new rule mean for financial firms and how might it impact you?

Arbitration refers to a legal process typically used to solve disputes between two parties bound by contract. It bypasses the court system by designating an “impartial” arbitrator to review the evidence on both sides and work towards a fair resolution of the issue at hand. Arbitration is especially useful on an international scale, where conflicting or incompatible legal systems would make it difficult to resolve a dispute through the courts. Additionally, arbitration can be helpful in solving disputes that might not necessarily ask for a lawsuit or full-fledged legal dispute.

What the CFPB has targeted is the practice of mandatory arbitration, which is commonplace in many contracts brokered between financial firms and customers. Mandatory arbitration is typically made manifest as a specific clause in a customer’s contract which blocks customers from taking traditional legal action against the company. Instead of filing a lawsuit, customers would have their claims presented to an arbitrator and decided on from there. Although arbitrators are seen as fairly impartial, there is a perception among customers and the CFPB that these arbitrators, having been designated by the financial firm itself, are biased towards the company when deliberating over these disputes. Mandatory arbitration, argues the CFPB, prevents customers from banding together and filing a class action lawsuit against financial firms they feel have wronged them. This is especially egregious since one customer’s issue is usually the shared experience of many customers, and so without the ability to challenge the company together, most of these customers’ disputes are either left unresolved or resolved unsatisfactorily.

Last year, the CFPB made a similar move and banned mortgage lenders from engaging in this same behavior. This recent shift expands those same provisions to credit card companies, banks, and other financial firms. Although this may open up opportunities for some customers to band together and take their issues to court, it may be short lived, as Congress seeks to roll back much of the CFPB’s influence over the financial industry. Time will tell both how effective this rule is and how long it will remain in effect.