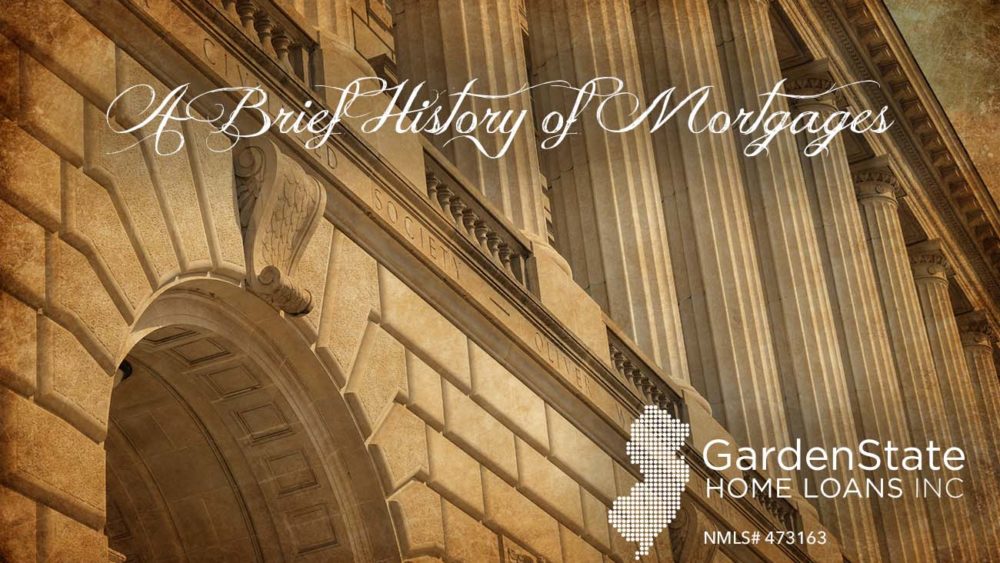 The History of Mortgages: Roman Times to Today

While mortgages of some sort have existed throughout history, the current mortgage industry looks very different from the past. The ancient Hindu script, Code of Manu, condemns deceptive and fraudulent mortgage practices. The ancient civilizations of Greece and Rome created a market system for mortgages based on the ancient Talmudic scriptures of Judaism. This Jewish influence continued to impact the mortgage industries of many different societies, such as the British Empire in the English Common Law.

The Beginning of the American Mortgage Market

The first official commercial bank of the United States was established in 1781. This was the start of the American mortgage industry. Between 1820 and 1860, there was a huge increase in the number of banks in the U.S., resulting in more lenders lending to more people. During this time, between 55 and 700 million dollars were handed out in the form of loans. In order to fund the American Civil War in 1861, a national currency was created, thus replacing state and bank bonds. The National Bank Act of 1864 attempted to create bank charters, as well as ensure better security for the federal treasury. In 1893, while larger banks were struggling with regulations, smaller banks were offering mortgages, issuing bonds as acknowledgements of debt. These mortgages accounted for less than half of the property’s value, and only lasted for about six years. Towards the end of the 19th century, the United States mortgage industry was regulated differently in the western regions of the country than it was in the eastern regions, creating disorganization in the industry.

Mortgages and the 20th Century

Before the Great Depression, homeowners experienced variable interest rates, short maturities, and high down payments, as well as the ability to renegotiate their mortgages every year. However, after both plummeting property values and a collapsing mortgage market escalated during the Great Depression, the federal government intervened. This intervention created the Federal Housing Administration (FHA), the Federal National Mortgage Association (Fannie Mae), and the Home Owner’s Loan Corporation. Furthermore, after the Second World War, the VA mortgage loan program was introduced. In 1970, the Federal Home Loan Mortgage Corporation promoted home ownership and re-introduced adjustable rate mortgages. Freddie Mac was also created at this time, in order to provide stability to the American mortgage market. Furthermore, mortgages were extended to both 15 and 30 year loan options.

During the 2008 financial crisis, Fannie Mae and Freddie Mac were struggling to remain afloat, as many big banks around them began to crumble. The US government eventually placed Fannie Mae and Freddie Mac under government control (known as conservatorship) and thus became responsible for the mortgages these organizations had owned or guaranteed. Furthermore, banks dramatically lowered interest rates to encourage spending, making homes more affordable than ever before, in addition to providing some of the lowest mortgage rates of all time. Read more about the response to the 2008 financial crisis.