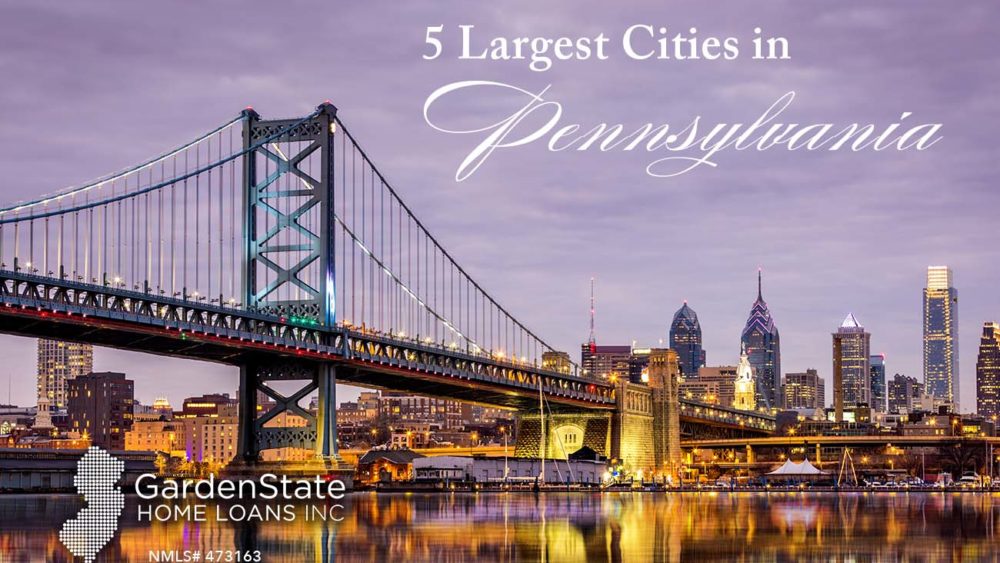 The 5 Largest Cities in Pennsylvania 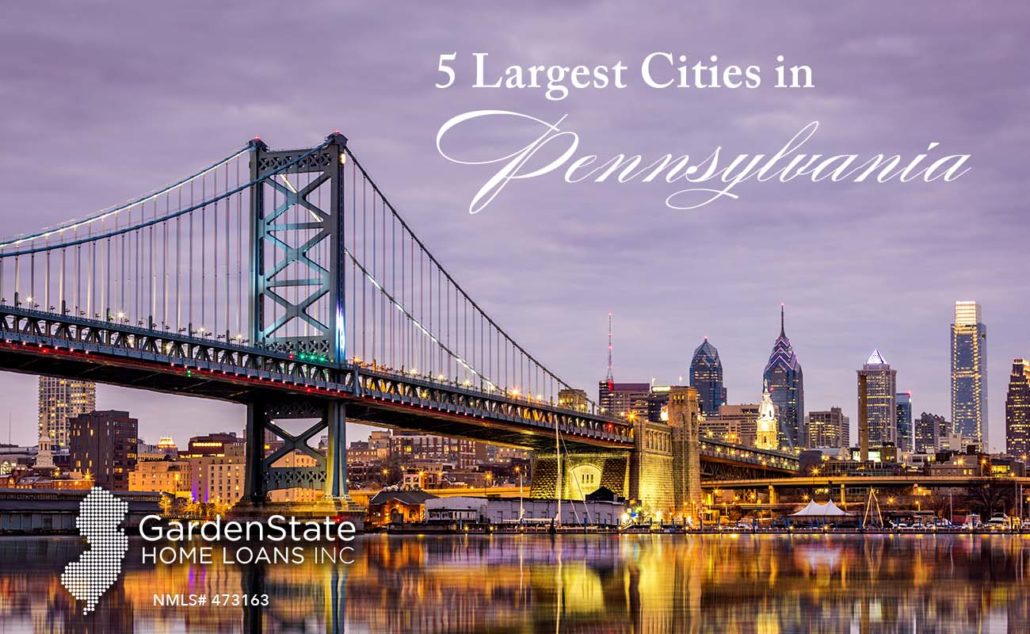 Philadelphia is the largest city in Pennsylvania, with a population of 1,571,860. A center of culture and commerce, the average household income is $57,438, and the median age is 35. Its school system is dominated by the public School District of Philadelphia and the private (Catholic) Archdiocese of Philadelphia. There are 273 public schools and 254 private. Philadelphian homes come in a variety of styles, from Victorian and Federal-style homes to condos and row-homes. Fun fact: Philadelphia served as the capital of the United States from 1790 to 1800.

Pittsburgh is the second largest city in Pennsylvania, and arguably the second most well known city in the Keystone State (behind Philadelphia). It has a population of 305,704 and an average household income of $59,618. The median age in Pittsburgh is 35 years old. Pittsburgh’s school system is mostly comprised of private schools, with 250 private compared to 84 public. it features Colonial and Victorian style homes, as well as American Foursquare homes. Pittsburgh is known for its sports teams, but did you know that in 1909 the first baseball stadium was built in Pittsburgh?

Situated just north of Philadelphia, Allentown is the third largest city in Pennsylvania, with a population of 120,301. In this city, the average household income is $50,796 and the median age is 31 years old. The catholic diocese of Allentown operates about 46 private schools, while the city’s public school district has 23. Founded in 1762, Allentown features many Victorian and Federal-style row-homes. Fun fact: During the Revolutionary War, the Liberty Bell was kept in Allentown to defend it from the British.

Erie, Pennsylvania has a population of 101,594 and an average household income of $47,536. The median age in Erie is 33 years old. Its school system is almost evenly split between public and private, with 21 public schools and 22 private in operation. The most popular style of home in Erie is Greek Revival, a style characterized by the integration of classical Greek style (columns, white paint, etc.) into modern homes. The city of Erie is named after Lake Erie, as it is situated on the coast of the lake.

Scranton, nicknamed “The Electric City” for its once prominent place in American industrialism, is the fifth largest city in Pennsylvania, with a population of 76,616. The median age in Scranton is 37, and the average income is $51,079. It has 21 private schools and 18 public, and is also home to the University of Scranton. Most of the homes here would be categorized as Victorian-style homes. Fun fact: The popular sitcom “The Office” takes place in Scranton.