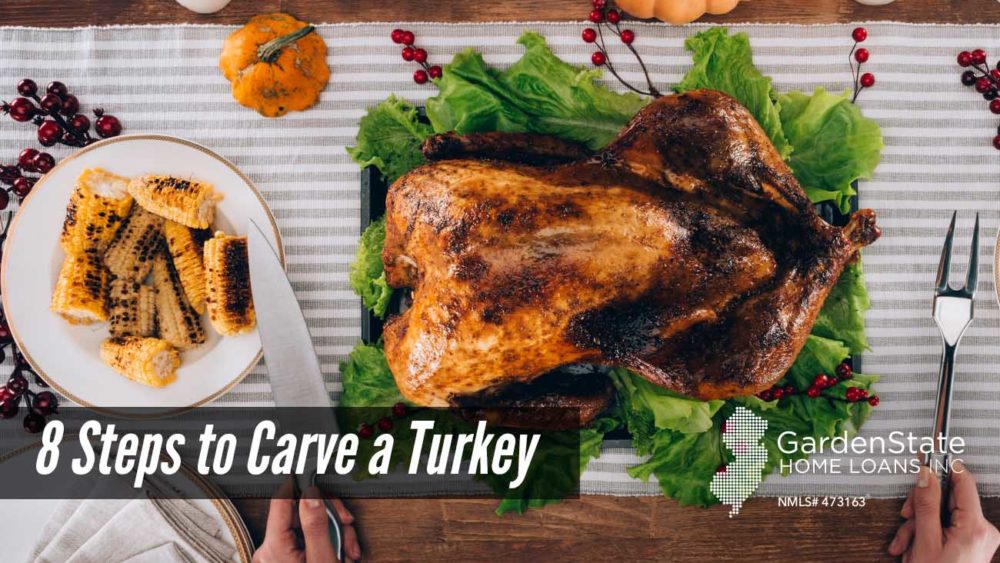 Eight Steps to Carve a Turkey

How to Carve a Turkey

One of the most daunting tasks on Thanksgiving Day is carving the turkey. Turkey is the star of the menu, so you don’t want to mess anything up. Here’s how to get the perfectly carved Thanksgiving Day turkey.

To start off, place the cooked turkey on a carving board. Remove the string that is tying the legs together with the tip of your chef’s knife.

Cut through the skin that connects the turkey breast and the drumstick, and slice downwards until you get to the joint. With a paper towel, grab the leg and then push down. This will separate the leg and thigh from the bird. Slice through the joint with your knife.

Cut through the joint that connects the drumstick and thigh to separate them. Transfer the drumstick to a platter. Move the thigh meat to a cutting board to slice later. Repeat steps two and three on the other side.

The wishbone is located at the front of the breast. Use your fingers to pull it out. This will make it easier to carve the breast meat.

Slice through the joint using a chef’s knife to remove the wing and transfer it to a serving platter. Repeat steps five and six on the other side of the bird.

On the cutting board, hold the thigh bone with a paper towels or tongs, move the meat from the bone, using the edge of your chef’s knife. Transfer the meat to the serving platter.

Starting from the shorter length, slice against the grain. Make sure to keep the skin attached. After you are finished slicing, transfer the pieces to the serving platter.