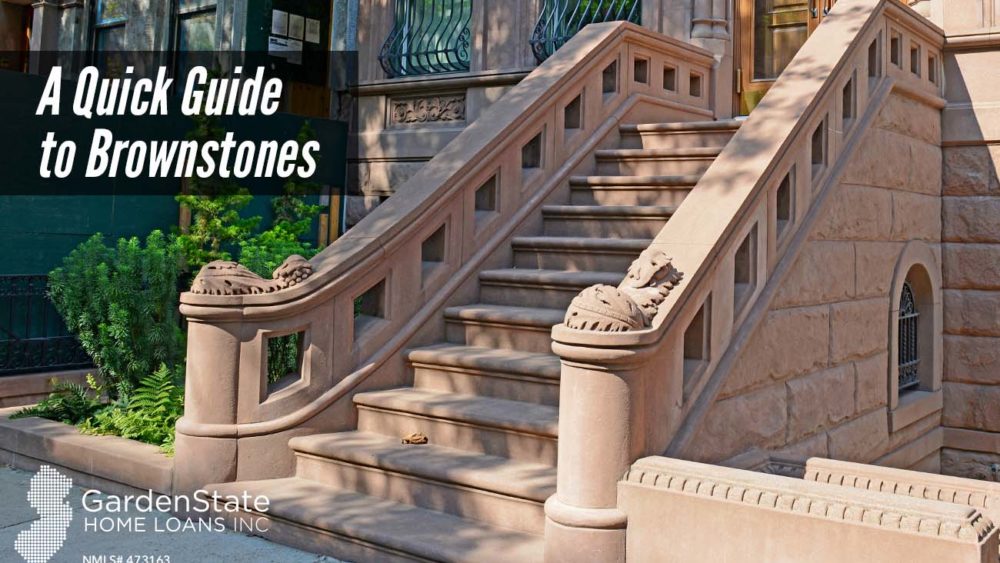 A Quick Guide to Brownstones

What you need to know about brownstones

One of the most famous and popular house types is the classic brownstone. Brownstones, commonly associated with New York City, became popular in the 1840s. During this time, brownstone was plentiful and inexpensive, making it a great option for an ever-expanding New York City. Now, it still holds its regal and sophisticated appeal.

The name “brownstone” comes from a form of sandstone that was mined in the northeast and turned brown once weathered because of iron ore. Brownstones are almost always multiple stories tall. However, it is unlikely that they will be more than four floors. They are similar to row houses or townhouses, as they share walls with other units and have a uniform outside façade, which is almost seamless between units. They typically feature flat roofs and the property line goes as close to the street as possible. Because they are older, they are typically more intricate than other buildings and may feature large fireplaces and ornate details. Additionally, brownstones are likely to have more space than a traditional apartment.

Pros and cons of a brownstone

The construction and materials that make up brownstones are resilient. This is why they are mainly still intact more than a hundred years after they were built. Additionally, although they are part of the same structure, they typically don’t have a homeowner’s association.

Brownstones tend to be pretty expensive, and although they are still in good shape, they frequently need upkeep. This upkeep lends itself to being expensive. Typically, the things that will need to be repaired on a brownstone are the roof and the outside, since the brownstone material is prone to erosion. Additionally, even though there isn’t a homeowner’s association, many places that brownstones are located, like in NYC, have historic preservation rules that can keep you from doing certain renovations on your home.