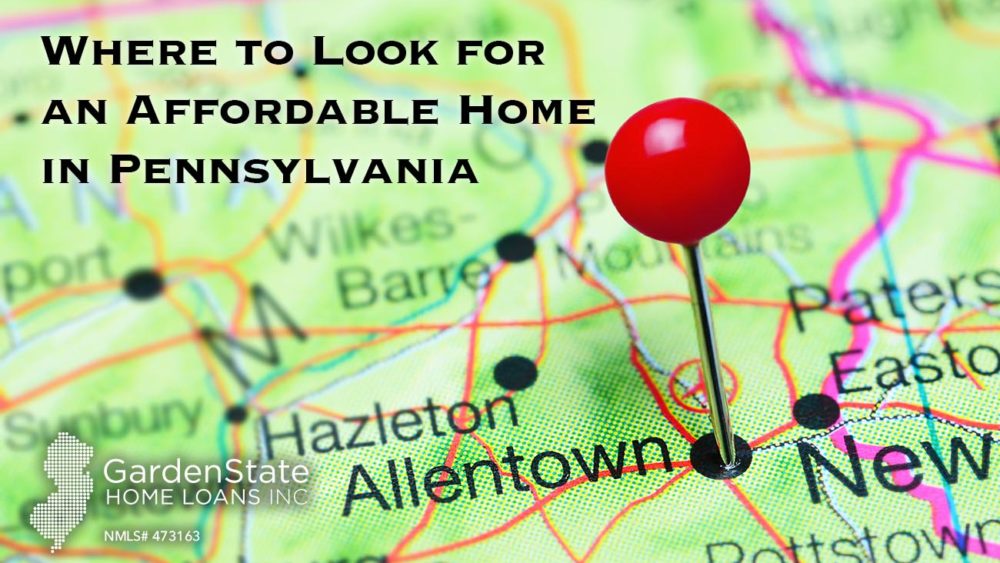 Where to Look for an Affordable Home in PA

Looking for a home in the Keystone State? Then look no further.

Most Affordable Cities to Purchase a Home in PA

Located on the border of Lake Erie, this Pennsylvania city has a vibrant art and film culture with plenty of tourist sites to see. With moderate summers and wonderland winters, Erie is the perfect place to settle down in. The median home price in this city is $104,200.

Located in the southeast corner of Pennsylvania, Allentown is the third largest city in Pennsylvania. Having played an integral role in the Revolutionary War, Allentown is attractive to history buffs and tourists alike. Billy Joel even wrote a song about the city (entitled Allentown), using it as a metaphor for economic struggles in the US. The median home price in Allentown is $119,000.

The capital of Pennsylvania, Harrisburg has a rich history and has played an integral role in American history. From the Revolutionary War to the Civil War, and onward to the Three Mile Island incident, Harrisburg has been a center for American triumph and strife. Interested in taking part in this grand historical tradition? Consider buying a house in Harrisburg! The median listing price for a home here is $146,100.

Bethlehem is a quaint city in eastern PA with rich traditions and beautiful geography. It borders on the Lehigh River and is home to Lehigh University, a prestigious research university. Although its old claim to fame Bethlehem Steel has declined, Bethlehem is still a great place to live, both for its economic strengths and cultural attractions. The median home price in Bethlehem is $164,900.

Philadelphia is one of America’s greatest cities, with a variety of activities and historical landmarks. Although Center City, Philadelphia hardly comes off as affordable, many of the city’s neighborhoods offer quality, reasonably-priced housing. The median listing price in Philadelphia as a whole is $183,950. Neighborhoods like Lawncrest, Olney, Roxborough, and Fox Chase have fair median home prices and boast proximity to Center City, perfect if you want to work in the bustling downtown area.