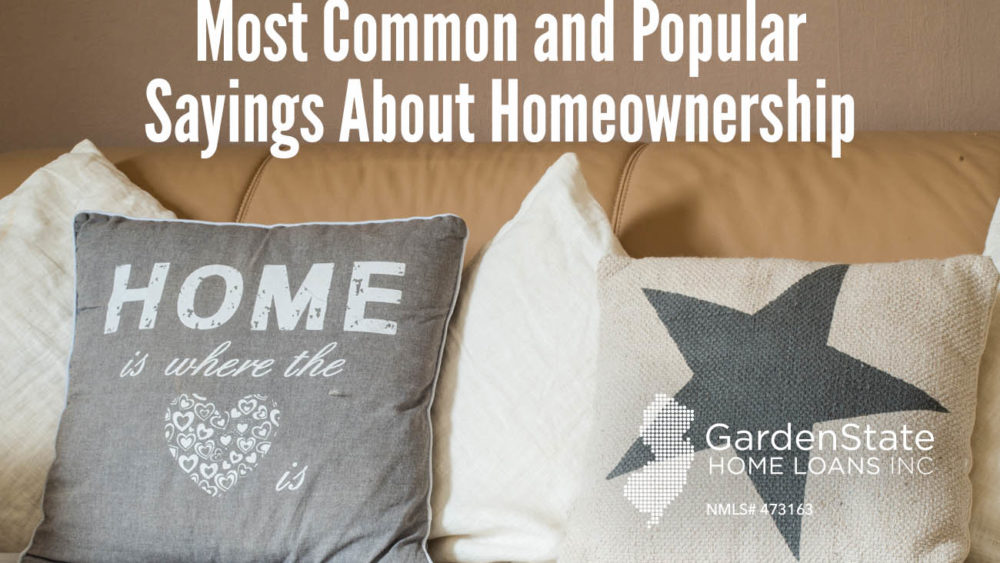 Most Common and Popular Quotes About Homeownership 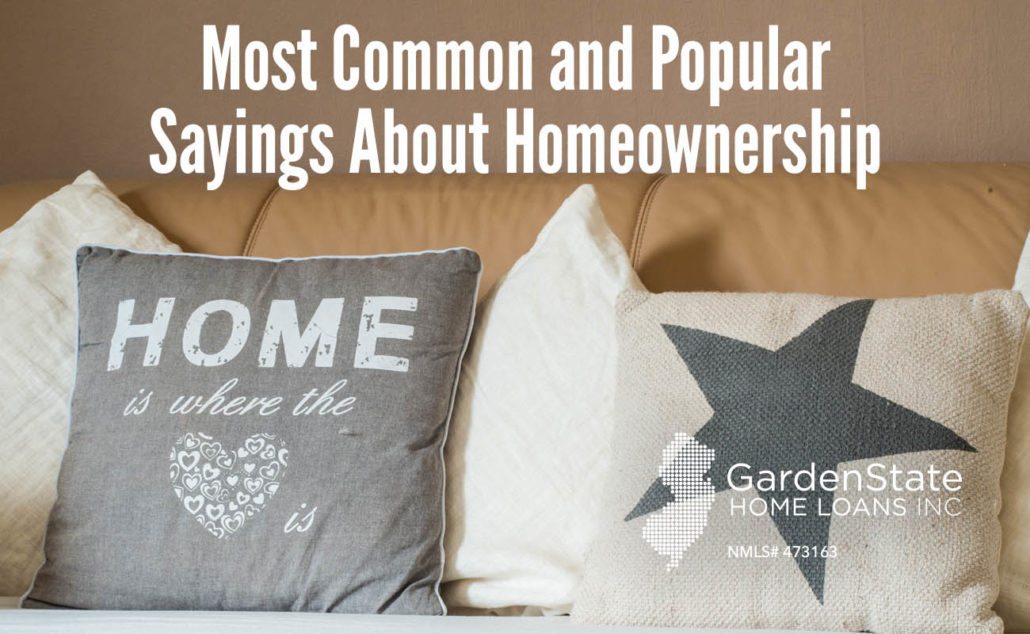 Many people desire to own a home not only to invest in a property, but also to create priceless memories with their loved ones. Purchasing a home can impart a great sense of ownership on a person, as a Spanish proverb states: “In my own house I am a king”.

Homeownership is a timeless aspect of the human experience, and there have been many profound statements made throughout the ages that underscore the importance of this experience. A great gift for a housewarming party can simply be a timeless quote to hang on the wall that truly encapsulates how you feel about homeownership. Below are some of the most famous and meaningful sayings about homeownership:

“À chaque oiseau, son nid est beau.” (“To every bird, its own nest is beautiful.”)

This beautiful French phrase is a play off of another French quote, “Petit à petit, L’oiseau fait son nid”, meaning “little by little, the bird makes its nest”. This phrase is calming and profound, offering up simple wisdom in challenging times. It emphasizes the beauty of homeownership with a charming reference to the serenity of nature.

“Home is where the heart is”

One of the most popular phrases about homeownership, “home is where the heart is”, has been in use since as early as the 17th century. While some argue it comes from an 1847 work by Joseph Neal, others believe that the quote was originally used by the 17th century British jurist Edward Coke. Some historians argue that the original version of this quote is home is where the hearth is, hearth meaning fireplace. This phrase signifies that our home is where our loved ones are – what a lovely sentiment!

Another French saying, the full quote reads: “For a man’s house is his castle, and each man’s home is his safest refuge.” It is interesting to note that this quote comes from a law intended to give homeowners the right to prevent unwanted entry into their homes. However, this rule did not grant the right to take actions inside one’s home that would be illegal outside of it.

One of many non-english phrases that’s seeped into the lexicon, “Mi casa es su casa”, means “my house is your house”. This is a truly welcoming quote that can create a positive atmosphere. This phrase stems as far back as the conquering of Mexico by Spain. According to the memoir of conquistador Bernal Diaz del Casitillo, when Cortez arrived in the palace of Moctezuma, the Aztec emperor said to him: “This is your house.” Some historians argue this and state that the phrase comes out of the period of Moorish rule in Spain (during the 7th and 8th centuries).

This is arguably the most popular phrase to see around homes in America. Simple but sweet, the phrase ‘home sweet home’ comes out of a song from the opera Clari, or The Maid of the Milan, performed in London in 1823. The lyrics were written by American actor and playwright John Howard Payne. This song actually became an anthem for soldiers during the American Civil War. The full lyrics are:

An exile from home splendor dazzles in vain;
Oh, give me my lowly thatch’d cottage again!
The birds singing gaily that came at my call;
Give me them with the peace of mind clearer than all.
Home! Home! Sweet, sweet home!
There’s no place like home!