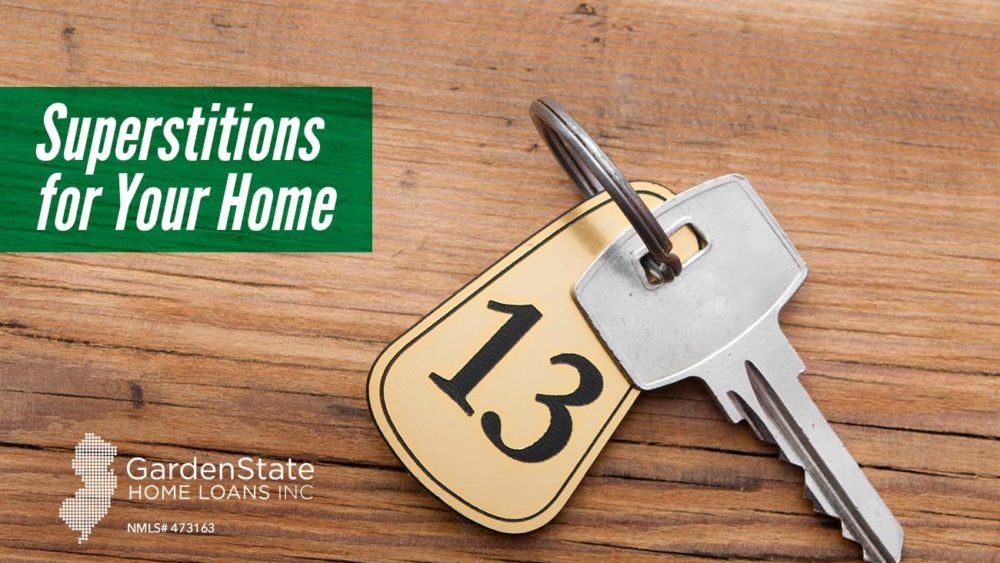 Superstitions for Your Home

Superstitions don’t stop with black cats and walking under ladders. In fact, there are plenty of superstitions across all different beliefs that have to do with your home. Here are 13 superstitions that relate to your home.

Number thirteen is a well-known unlucky number, but did you know that it isn’t the only one? The number four is considered unlucky because it is pronounced similarly to the Chinese word for death. Additionally, the number seventeen is thought to be unlucky throughout Italy since the Roman numerals, XVII, are an anagram from vixi, which translates to “I have lived”, which also means death.

If you have a friend or family member moving into a new house, bring them items like bread, rice, and salt as a housewarming gift. Bread means that your cupboards will always be full, the salt symbolizes luxury, and the rice symbolizes prosperity.

Brooms are said to carry bad energy from one house to another. It is also said that bringing your old broom into your new house will cause spiritual misfortune.

Location is always important when choosing a home, but did you know that it also holds a superstition as well? It is thought to be bad luck to live in a home located in a T-intersection of the home. It is said that the directional flow of traffic punctures the tranquility of your home.

If you’re looking for another housewarming gift for someone, don’t go for knives or scissors. It’s believed that the relationship between the giver and receiver of a knife or a pair of scissors will be severed and they will transform from friends to enemies.

According to superstition, the worst days to move in are Fridays and Saturdays. Weekend moves are said to cause doom in your life in your new home.

According to an Irish superstition, when you exit a home for the first time, you should go out the same door you came in. Not doing so will keep you from being able to settle into your home.

A southern tradition calls on you to paint your front porch blue. The belief is that if ghosts try to enter your house, they will confuse the blue of the porch with water and will not be able to enter the home.

On the first day you move into your home, scatter coins around your new living room. While this may seem like you’re making a mess, it’s said to ensure prosperity!

There are many different superstitions that revolve around animals and your home. It is said that if a bird flies into your home, you will soon be hit with bad luck. If a swarm of bees lands on your home, this foretells that a fire may burn down your home. However, if you find ants, you can expect wealth to enter your life.

A Norse superstition says placing an acorn on every windowsill in your house prevents it from getting struck by lightning. In more modern times, people have taken to using window blind pulls in the shape of acorns instead of real ones.

If you’re choosing a plot of land to build a new home, choose one that hasn’t been used for another home. Building a home where another one once was may indicate an early death in the family.

Make sure your front door and back door aren’t directly opposite each other. Doing so will prevent positive energy from flowing throughout your home. It’s also considered unlucky to have a staircase leading to a door, as it means that your fortunes will escape the home.